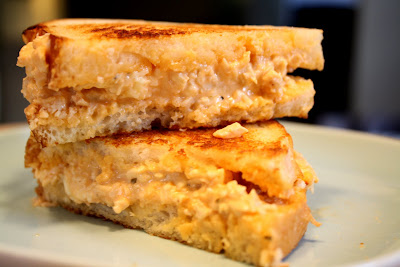 I love Buffalo Sauce! I like it on hot wings, Buffalo chicken pizza, in buffalo ranch chicken dip, just about anything. I’ll find something to put it on.

I also like to eat hot wings – but I’m a HUGE wuss. I love the buffalo wing flavor, but I have to eat it in mild form, or else my nose starts running, my eyes are watering, and I start panting like a dog because it’s so hot! (at least to me).
Last week, Archie and I went on our date night to Smoke Eaters. It’s a local wings bar and grill type restaurant that was featured on man vs. food on the Travel Channel. They have a “hellfire challenge” that requires you to eat 12 of their hottest wings in 10 minutes with no drinks and no napkins. 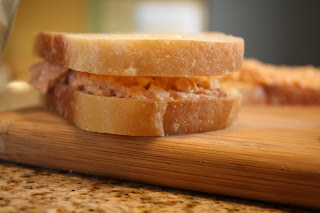 Can I just say… I think that is INSANE!!! When we were there, we saw a guy attempt. Notice, I said attempt. He ate about 2 and a half and he was literally drooling and snotting all over the place, waving his hands around, and screaming. People were taking video of him, poor guy! I bet he didn’t think that when he was getting taped, he wasn’t going to finish all of them. The worst part is, the only thing you get is a polaroid picture of yourself and a t-shirt if you do it.
Really??? That’s all??? What’s the point! 🙂 I’m sorry for those of you who have it in you to try things like this. I’m definitely not an adventurer!
In my effort to create a MILD version of the buffalo flavor, I attempted this buffalo chicken grilled cheese sandwich. I saw a version on Pinterest. (P.S. Have you joined Pinterest yet?? If not, you should! It’s amazing. You can follow me here). I needed to tweak it a bit since I didn’t really care for mayonnaise being the base of my sandwich. So, I ended up changing half the recipe, but the final result was awesome! 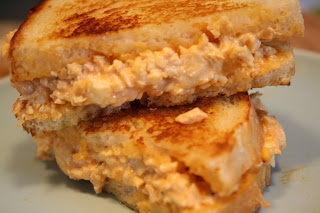 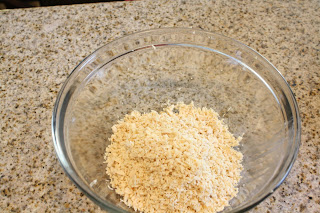 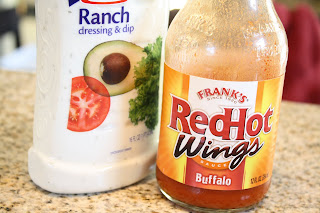 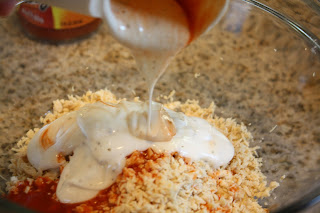 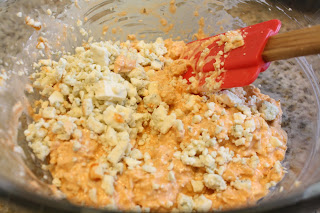 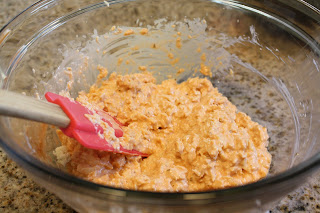 2. Butter slices of bread, and layer chicken mixture on top, spreading evenly among the four sandwiches. 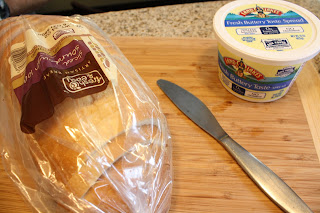 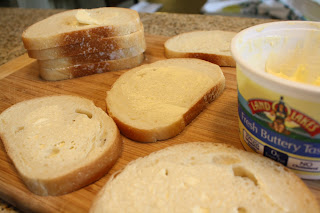 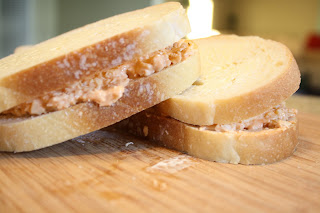 3. Cook over low-medium heat until browned on both sides and chicken mixture is warmed through and cheese is melted. Enjoy!! 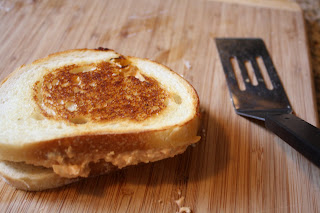