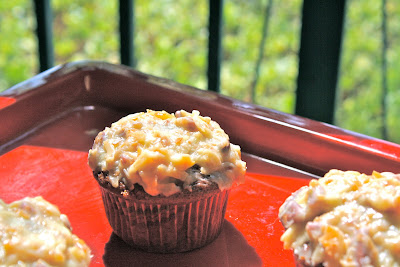 My husband claims that his favorite cake is German chocolate cake….

He also claims his favorite cake is Duncan Hines strawberry with rainbow chip icing (don’t judge, that stuff is amazing! You should go take a lick right now of some rainbow chip icing)
And he LOVES lemon curd cupcakes.
So, it’s not hard to please him. But German chocolate cake is not my favorite. So when he’d been asking for it, and I told him I was going to make it a little different, he seemed very skeptical. He kept asking “you’re not going to mess with the frosting right?”
But I quickly won him over! German Chocolate Kahlua Cupcakes with Mascarpone Coconut Frosting! Yeah, he loved me after that. He didn’t even mind that I “messed with the frosting”. 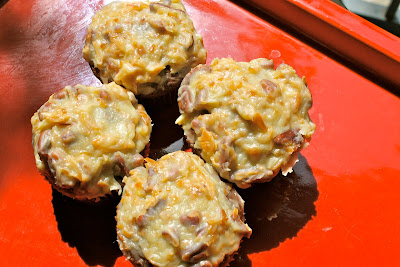 P.S. We’re moving this week! My husband and I have been apartment living for 2 years now, and we finally found a little house to rent that’s very cute. It has a yard for the dog and a 2 car garage for “Sally” :). We’re excited, we’ll post pictures soon!
P.P.S. My camera battery died halfway through, so I only have the cake pictures, but I will do my best for directions on the frosting. It’s not too bad, and it’s SUPER yummy! 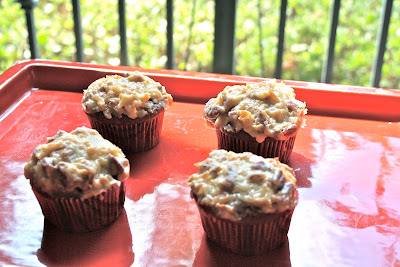 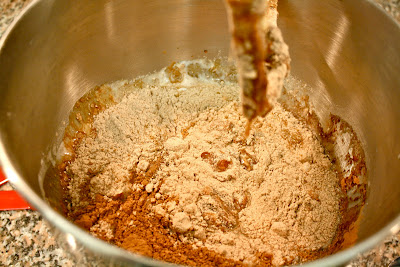 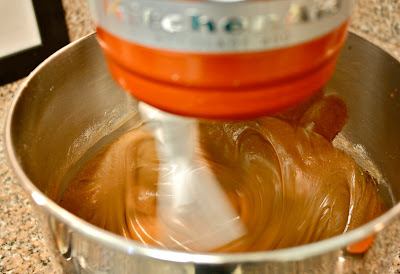 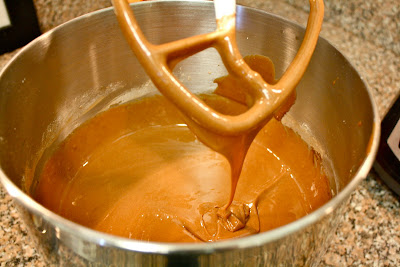 2. Pour batter evenly among 24 cupcake liners and place in oven for ~ 20 minutes or until toothpick comes out clean (mine took 20 minutes, but check often since this was originally a cake recipe, so no set time) Allow to cool completely. 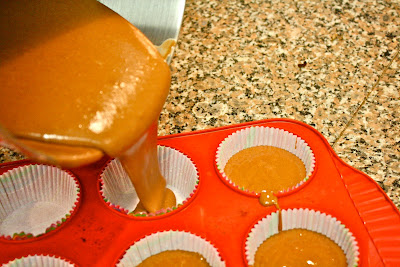 For Frosting:
1. On a small tray, place coconut and pecans, and toast in oven at 325 degrees for ~ 5 minutes…. 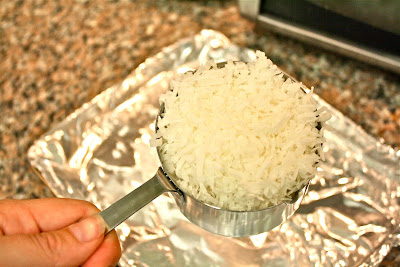 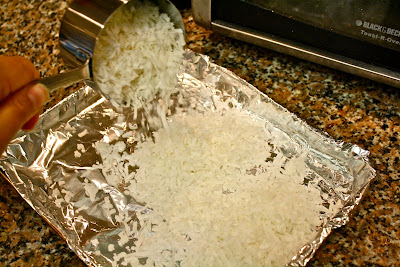 But check VERY VERY FREQUENTLY… or else it will turn out like this…. 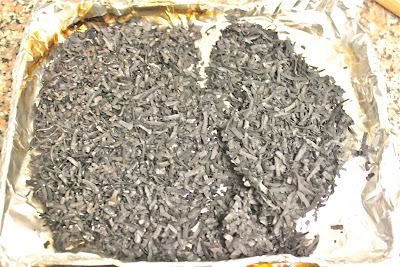 hahaha
2. Whisk egg yolks together in a small bowl and set aside.
3. Whisk together cream, granulated sugar, and salt in a small saucepan on medium heat and bring to a boil; boil for ten minutes, whisking frequently, until mixture is thickened and light golden in color. 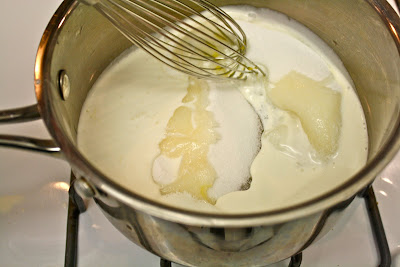 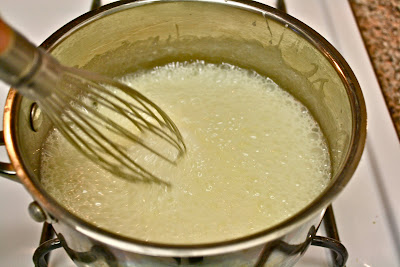 3. Gradually whisk half of the hot cream mixture into the egg yolks until well combined. Then pour egg and cream mixture back into the other half of the cream mixture in the saucepan until thoroughly combined (I know this sounds tedious, but you do it this way so you don’t scramble the egg yolks). Set aside, and let mixture cool for 15 minutes.
4. In a large mixing bowl, beat together mascarpone and vanilla on medium speed until creamy, about 1 minute. Beat in cooled egg mixture until well combined. Stir in toasted and cooled pecans and coconut until well combined. Place in refrigerator or freezer to chill until reaches desired consistency (you want it a little thick, but not so thick it will break your cupcakes when spreading). I placed mine in freezer for ~ 15 min before it was ready to use.
5. Frost your cupcakes! They are so YUMMY!
Tags:
Share
Rebekah
Hello, I'm Rebekah! Wife to a creative guy and mom to one incredibly cute little man. I love to read (novels), run (especially races), drink lots of coffee (sweet and creamy please), and enjoy beautiful community with good conversation around a table (with delicious food). This space is all about meshing real life, good food, and beautiful pictures - of food of course.
Related news
You Don’t Know What You’ve Got Till It’s Gone 4 years ago
Swedish Three Layer Bars 4 years ago
The “I Don’t Know” Predicament 6 years ago
3 comments
Leave a reply